I took this photo on Eid 2016 at a zoo in my hometown of Maiduguri, Nigeria. Whenever I look at this image, it gives me both joy and sadness.

It shows the vibrancy of our fashion, the bold makeup one experiments with in their teenage years but also signifies the ability of the human spirit to fight a feeling of despair and powerlessness and to have hope.

It reminds me of the many Eids I spent as a child and takes me back to a time when our town lived without fear.

I was born and raised in Maiduguri, a town of about two million people in Borno State in northeast Nigeria. I had a happy childhood, surrounded by extended family, living in a compound that my grandfather built for his sons and their wives. There were fights, but we depended on each other.

Eid was the occasion that always brought us together.

Families prepared for weeks. Tailors would be swamped with requests for elaborate dresses, fitted designs in lace and atampa. My sister and I wore colour-coordinated Eid outfits for most of our youth. On Eid morning, children roamed the streets, wearing their best clothing, bringing food to neighbours.

They also took photos with their friends at the photography studios, wanting to eternalise these memories. My cousin still has an old studio picture of us and two other cousins, all with 90s-style thin eyebrows and shiny lip-gloss.

Over the three days of Eid, Sanda Kyarimi, the zoo, became the place to be for young people from certain communities to meet and mingle. It is one of the few attractions in town, although there are few animals to see – an elephant, some monkeys, a snake and an antelope.

The groups of friends at the zoo were famous for dressing up. The boys emulated rappers, and the girls wore more traditional designs. They would go to outshine each other, meet their potential “catches”, have picnics and ice creams.

There were durbars for public entertainment at the palace of the Shehu, the well-respected traditional ruler, and music and dancing in many neighbourhoods. The royal entourage would ride through the neighbourhoods of Maiduguri in a decadent display of horsemanship on their way to the mosque for Eid prayers.

We were a quiet town and Eid was the holiday we looked forward to, with its dancing, dresses, and freedom. We could never have imagined it would all but stop for nearly eight years – a period laced with fear, killings, and trauma.

On a quiet morning in June 2009, I woke to what sounded like fireworks. I went out to the compound of our family home to find everyone watching the frenzy of neighbours leaving, fearful of violence that had broken out. Boko Haram, a group of young violent conservatives whose members I had watched preaching in the neighbourhood on a late-night walk, had attacked the prison next to our home, releasing their members.

A clash between their fighters and the Nigerian police, which I thought would last one day, escalated with the killing of the group’s leader Mohammed Yusuf to a ten-year conflict that would devastate our hometown and state. Boko Haram has been far more destructive than anyone could have imagined.

They have burned parts of Borno and neighbouring states to the ground. They have attacked hospitals, churches, mosques and major roads connecting Borno to other northern states. Suicide bombers would trickle into markets and detonate. Village schools were stormed and children abducted.

More than three million people have been displaced across West Africa, tens of thousands killed, and communities continue to flee across Nigeria and to neighbouring Chad, Niger and Cameroon.

In Maiduguri, we were in limbo for almost eight years. Eid celebrations, weddings, funerals, sporting activities and many other events stopped or continued quietly, full of tension. The photo studios became almost extinct. People were trying to survive bombs and bullets.

As the project assistant with a local non-profit, I met children in camps for internally displaced people and in clinics to treat malnutrition. Many had lost parents and other family members. It was hard to see childhoods marked by suffering, such a sharp contrast to my own idyllic upbringing.

In 2013, I moved to London to study public health. I hovered between guilt for being privileged enough to leave, and sadness as I obsessively watched my hometown in the news. Long walks took me to the Imperial War Museum, where the experiences of ordinary people in conflict are documented. At the Tate Modern, I saw the power of storytelling through Richard Sandler’s documentary photography on New York subways.

Following a class on using media for health, I bought a camera. In late 2015, I came home to document our stories.

I photographed Maiduguri, the places, the people and their stories. I walked around with my camera in an atmosphere of insecurity.

And everywhere I went, children followed. They wanted to be photographed. Many were displaced in camps or on the streets but were happy, exuberant, despite the hardship. I focused my lens on their experiences, on being a child in this crisis and yet able to find moments of joy.

In 2016, we were finally able to celebrate Eid without fear of attacks, which subsided when military efforts increased with the swearing-in of Muhammadu Buhari as president. The studios reopened. Many came out to celebrate, although it was no longer the Eid we had known with durbars and a royal parade.

The zoo, after being quiet for many Eids, drew crowds once again. I went there wanting to photograph the groups of friends dressed in matching colours, and others influenced by boybands such as Westlife. Young people dressed to impress their friends, girlfriends and boyfriends.

In this photo, two young girls in brightly coloured dresses, 60s-style head wraps and bold makeup strike a pose. It is one of many portraits which I took for a series called Eid Fashion.

The girls in this photo are reminiscent of my younger years – the bright colours, matching outfits and free-spiritedness of youth. They remind me of the photo I took with my cousins.

This picture breaks my heart and mends it at the same time. Everyone, rich or poor, has been affected by the conflict. Many children I see in Borno are grappling with missing parents, interrupted schooling, and endless stories of abduction and torture.

Children have only a few days over Eid to momentarily forget the many tragedies inflicted by an endless conflict. This photo illustrates how we celebrate being alive in the spirited way that we observe a prominent Islamic holiday. This picture tells me not only to live for the present but to enjoy it – well dressed and to the fullest – because who knows what tomorrow will bring?

Every Eid, I go to the zoo to photograph childhood. I want to eternalise these moments like we did when I was growing up. But I walk away crippled by sadness and always think to myself: When will this conflict end? This is not what childhood should be. 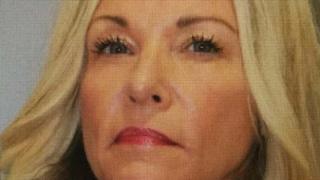 US election 2020: Bernie Sanders warns Russia to ‘stay out’ 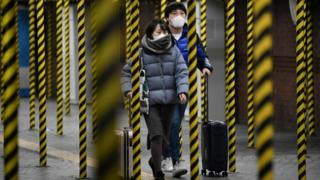