Theatres, galleries, museums and artists in England who have been hit by the impact of coronavirus will have access to a £160m emergency fund.

Arts Council England has announced the cash injection to help artists, venues and freelancers in the cultural sector.

It comes after venues like theatres and galleries were ordered to shut.

Meanwhile, Netflix has added a further boost the artistic community by donating £1m to an industry-backed film and TV emergency relief fund.

Most film and TV productions have been put on hold in recent weeks.

The impact of the pandemic has left many of those in the UK’s arts and culture sectors facing reduced incomes and uncertain futures, and the government has been criticised for a lack of support for the self-employed.

The Arts Council’s support package includes £20m for individuals (made up of grants of up to £2,500 each), £90m for National Portfolio Organisations – venues and others that get annual funding – and £50m for organisations outside that scheme.

The money has been found by diverting funds from National Lottery project grants and development funds, and from emergency reserves. The first payments are expected to be made within six weeks.

Arts Council England chair Sir Nicholas Serota said: “Covid-19 is having an impact globally, far beyond the cultural sector – but our responsibility is to sustain our sector as best we can, so that artists and organisations can continue to nourish the imagination of people across the country, both during the crisis and in the period of recovery.

“None of us can hope to weather this storm alone, but by working together in partnership, I believe we can emerge the stronger, with ideas shared, new ways of working, and new relationships forged at the local, national and even international level,” he added.

Also on Tuesday, Netflix announced a £1m donation to the BFI and The Film and TV Charity’s emergency relief fund, which will similarly support workers in need of short-term help.

Alex Pumfrey, chief executive of the Film and TV Charity, said the money comes at a time when “the film and TV industry is now facing a huge threat”.

“Many freelancers have seen their livelihoods disappear overnight,” he said. “We’re entering a period of unprecedented isolation and worry for a workforce that we know from our research already suffers from poor mental health.

“Which is why I’m incredibly pleased that Netflix and the BFI are working with us to kick-start this new Covid-19 Film and TV Emergency Relief Fund to support workers across the UK’s film and TV industry.”

BFI chief executive Ben Roberts added that “freelance professionals are the backbone of our film and television industries”, and are among the “hardest hit at this extraordinary time of need”. 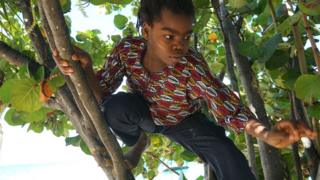